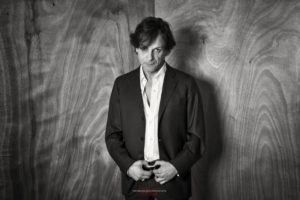 Following Nicola Conte’s route is almost like going back in time to the late Fifties, not only because that’s one of the music eras that he particularly likes but also because at that time jazz started being perceived in a different way. Musicians were being discovered, the first records from abroad were being listened to, there was a different atmosphere about, the atmosphere that later got recreated at Bari’s Fez, a real source of ideas, a true breeding ground for people, a place for cultural interchanges. That’s where and when Nicola Conte’s first productions originate and develop, giving notoriety, in the midst of the acid jazz movement, to bands like Paolo Achenza Trio, Quintetto X, Fez Combo, Intensive Jazz Sextet. A few of these bands referred to that scene, others, like Balanço, evolved in the search for sounds that were strictly linked to movie soundtracks, rediscovering Italian composers like, for instance, Morricone and Piccioni, veritable sources of inspiration; while others, like Street Jazz Unit, vocally revisited the typical Blue Note sound.

All this goes to show Nicola Conte’s versatility and intelligence, while he was pouring in a measured way into each of these productions his true love: jazz. In detail, his way of feeling jazz is strictly bound to the music of the late Fifties/early Sixties, music of different origins, such as for example all those Brazilian trios and quartets that, mainly from the rhythmic and melodic point of view, had a unique freshness, even if at the end of the day it was all based on very simple melodies, like blues. Then, leaving aside the big icons like Davis, Coltrane, Silver, Blakey, Conte draws a lot on modal jazz and he made it the object of his research, both because he’s a fan and because he’s a record collector and that’s why he dives into the search for bands and characters who are less known to the general public, because maybe they didn’t have the chance to record for big production companies or majors, so that they didn’t enjoy a wide international visibility.

His passion for jazz leads him into the second, crucial phase of his career. We’re in the late Nineties now and in this period his productions more strictly connected to Afro-American music are born. Here come The Jazz Convention, Quartetto Moderno, Rosario Giuliani Quartet and Schema Sextet. In these productions, that keep being recorded in the same studio in Bari, those musicians who, incidentally, are still playing with him today are featured. They play his compositions, perform his creations and we’re talking about, among others, Fabrizio Bosso, Gianluca Petrella, Lorenzo Tucci, Pietro Ciancaglini, Gaetano Partipilo, Pietro Lussu.

Fortified by these experiences, Nicola Conte decides that it’s about time to make an album in his own name, Jet Sounds, released in 2000, elegant symbiosis of typically Italian sounds, with connections to the world of cinema and influenced by jazz, bossa nova and psychedelia. With this work, Nicola carries on, beside his activity of producer, his business as DJ, that takes him playing a huge amount of clubs all over the world. Under these circumstances, his importance as composer and musician grows and the turning point is the single “New Standards”, written together with Petrella, a true statement on his immediate future.

In a curios game of cross-references, in 2002 Nicola produces the album by Rosalia De Souza. In “Garota Moderna”, De Souza’s sensual voice gets focused through thirteen tracks of “bossa nova flavor”. Through his remixes, he developed his research on sounds obtained through real instruments: the goal was to make music that, though having the same impact as electronic music, was played acoustically with the finesse of the Sixties’ jazz. He achieved that and was undisputedly first at it: pure jazz rhythms that turn into club music, obtained by having his musicians to play the music over and over. His works for people like Greyboy, Eli Goulart, Yoshinori Sunahara, Trüby Trio, Re:Jazz, Koop, The Dining Rooms, Sunaga T Experience, Five Corners Quintet and others are fundamental to understand Nicola Conte’s opus.

As the ultimate example, listen to Hi-Five’s latest album, where, beside the original track, you can find two versions remixed by Conte, first an arrangement for jazz quintet and then, in post production, with the addition of electronics, a club version. These are the new standards for modern jazz, with Italian musicians whom Nicola, together with Schema Records, the Italian label that releases his records, has always believed in and invested with passion on their music competence. And now he’ll be thinking of the times when he turned over in his hands the old historical vinyl albums on Blue Note and he’d never dream that in the future one of those jackets would show his own face…

Following the musical impressions of his latest efforts such as the
SPIRITUAL GALAXY project and the current collaboration with
GIANLUCA PETRELLA, NICOLA CONTE sets a journey into Afro
inspired and club oriented sounds on his most recent vinyl only dj
sets.
Covering a wide range of inspirations from Spiritual Afro jazz to
Contemporary Tribal electronic to Afrobeat & Uplifting Soul Disco
the sets travels into space and time creating a sort of inspiring vibe
all the way through adding live inserts which creates rhythmical
patterns that enriches the music spreading through the vinyls into
an improvised performance underlined by a true dancefloor feel.