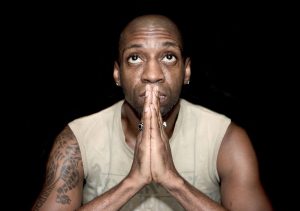 Ask any fan of dance music who their favourite male vocalist is and nine times out of ten Robert Owens name will come back. Sure, there are other great male house vocalists out there, but with more than twenty years as a gifted singer, songwriter, producer and DJ under his belt, Robert has not so much embellished house music as played a large part in defining it. ‘Tears’, ‘I’ll Be Your Friend’ and ‘Ordinary People’ are just some of the tunes that have borne his black velvet voice and gone on to become truly classic dance records. Finally, 2008 will see the release of Robert Owens first artist album in 10 years – ‘Night-time Stories’.

Like many other great vocalists, Robert Owens began his career singing in church gospel choirs. Growing up in the poor areas of Chicago and L.A., where gang related shootings were part of day-to-day life, music proved to be his inspiration and determination to get out of those sad circumstances. Entry into the nascent world of house music came not through Robert’s singing but his skills as a DJ. By the time people like Ron Hardy and Frankie Knuckles were designing house music’s blueprint on the dancefloors of legendary venues like the Warehouse and the Music Box, Robert was DJing at block parties and smaller clubs in Chicago.

In 1985 Robert met pioneering Chicago producer Larry Heard, who invited him into his studio. Together they formed Fingers Inc with Ron Wilson and released a series of excellent singles such as ‘Mysteries Of Love’ or the instantly recognisable house standard ‘Can You Feel It’. This cooperation culminated in one of house music’s first full-length albums ‘Another Side’ in 1988, after which the group amicably disbanded to follow their individual solo careers.

Following the call of Frankie Knuckles, Robert went to New York in 1989 to record a track with the Def Mix posse – consisting of David Morales, Satoshi Tomiie and Frankie himself. This tune, so casually constructed, was to become one of clubland’s most emotive and defining moments: the sublime ‘Tears’. That song all about his life and struggles was the ignition of Roberts successful career as a solo artist. Signing with 4th & Broadway in 1990 he showcased his beautiful church-honed vocals and heartfelt lyrical style on the album ‘Rhythms In Me’, completely produced by the Def Mix crew. His 1991 single ‘I’ll Be Your Friend’ finally gave Robert the overground success he so obviously deserved, climbing the charts to 1 all over the world!

Leaving New York behind, Robert relocated to London in 1993 where he founded his own label imprint Musical Directions and started assembling his own studio. He continued composing and singing on a series of dance classics such as ‘Love Will Find Its Way’ or ‘Ordinary People’ and collaborated with a remarkable list of influencial artists like Sandy Rivera and Photek (on his smash hit ‘Mine to Give’), and more recently with Ron Trent and Coldcut (on the stunning ‘Walk a Mile in my Shoes’ single).

But Robert also stayed true to his records spinning club roots. As an innovative and globally in-demand DJ he is still dazzling crowds across the UK, Europe, Japan and America with his special blend of the deepest house and electronica. He also established two successful London club residencies – Journeys at Egg and 2 Feet Deep at The Key. Which brings us to “Night-Time Stories”. Robert’s latest musical offering is an incredibly cohesive collection of collaborations with some of contemporary house music’s biggest and most respected names. Producers like Wahoo, Jimpster, Atjazz, Charles Webster, Simbad, Marc Romboy, Kid Massive, Kirk Degiorgio and Ian Pooley all demonstrate their talents, which combined with Robert’s famous voice, make this one of the most exciting and anticipated dance records of 2008!

On the eleven tracks Robert takes you on an agitating and haunting journey inside his highly emotional world, living up to his reputation as man who breathed life and soul into house music. It’s just him expressing different feelings ranging from happiness to being chained: “My work is about being aware of all the different facets and feelings in life. Much of it is driven by pain, but that’s just an emotion too. I can’t stand there and be like a pop star because I need to be real – and a real person gives from their soul and won’t let anyone taint that.” (Robert Owens)

The first single release ‘Merging’ (produced by Dutch duo TJ Kong & Nuno Dos Santos) is already raising the roof worldwide getting love and massive support from key players like Osunlade, Frank Roger, Fred Everything, Marcus Worgul, King Britt, Jimpster, Ashley Beedle, Peter Kruder… This overwhelming response is heralding a shift in the state of the art: people are getting weary of minimalistic tracks – they want some vocals back in – and they want some soul back in!

You are sure to get the full load of soul when Robert is performing with his Live Band. To fuse house music with real instrumentation has been a dream of Roberts for a long time. His album ‘Journeys’ which was released in Japan only in 1997 already highlighted this new new musical routes. Together with his band – which features Dan Berkson (Poker Flat) on keys and a guitarist and percussionist – he performs what is essentially live house with a jazz flavour. The tracklist is a mix of Roberts classics and new album material. To many people the amazing show was the highlight of Big Chill Festival.

So there you have it. From the gritty but sublime Trax of yesteryear to the forward-looking projects of today, Robert Owens is one of dance music’s true legends, a man who has his roots in the future and his feet planted firmly on the earth – and a man who has never been afraid of sharing himself with others.