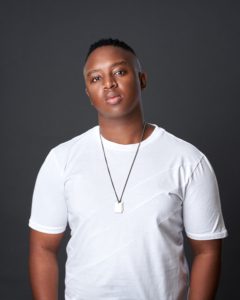 Combining his unrelenting passion for music with an inextinguishable desire to make a positive impact on his surroundings, Shimza is a totem figure in South Africa’s music scene and one of the leaders of house music in Africa. Making worldwide waves with releases on the likes of Cadenza Records and Knee Deep In Sound, Shimza launched KUNYE (which means together in Xhosa/Zulu) in November 2020, an imprint that provides a bridge between South Africa’s emerging producers and the global stage. Inviting a selection of artists to perform in KUNYE’s weekly livestream sessions, Shimza formed a new movement for Afro Tech Sounds, while amplifying the label’s mission to unite people through the love of music.

Shimza’s musical skills can be traced back to the young age of fifteen, fuelled by the encouragement of his ever-supportive family. In 2009, he launched his philanthropic One Man Show in Soweto, South Africa to raise funds for underprivileged children. Maturing into annual event, OMS now hosts over 25,000 people each year and has seen the inclusion of some of the country’s most in-demand artists, such as AKA, Black Coffee and Black Motion. Such was its success; the concept was subsequently introduced to European audiences with events in Portugal, Spain and France. Signing with the highly acclaimed Soulistic Music label in 2013, he met another career milestone, joining a roster boasting the country’s most revered artists.

Shimza’s outstanding ability to seamlessly cut, loop and fuse between genres and styles showcases his technical prowess, leaving dancefloors in awe. Delivering explosive performances at Boiler Room Johannesburg and RESISTANCE Cape Town, Shimza has also enchanted international audiences in the likes of New York, London, Paris, Berlin, Amsterdam, Manchester and Sicily. Having caught the attention of RUMORS label boss Guy Gerber, he made his Ibiza debut at Destino’s Closing Party alongside Luciano in 2016. Leaving a lasting impression on both Gerber and the White Isle, he was invited back to Destino’s decks a further four times and was named a new rising star by Ibiza music and party authority, Essential Ibiza.

Making history on Nelson Mandela Day 2020, Shimza became the first artist to perform on World Heritage Site Robben Island, where the former South African President and Nobel Peace Laureate was imprisoned. Raising money for the Kolisi Foundation, the Nelson Mandela Foundation, the Shimuzic Foundation and Robben Island itself, Shimza’s livestream performance fused music and culture to engage and educate audiences around the globe, while giving back to the community in extremely testing times.

Renowned for his deep and rhythmic strain of underground music, Shimza’s back catalogue includes his full length Shimuzic album, as well as a long list of collaborations and singles; from his stunning collaboration Uwrongo with Prince Kaybee, Black Motion and Ami Faku, to his Eminence EP on Cadenza and his Kings And Queens EP on Knee Deep In Sound. His Kimberley EP on Cadenza received an official remix from label head Luciano, as well as other international producers. Marking his imprint’s inaugural release with Calling Out Your Name Ft. Mikhaela Faye, Shimza delivered a stark message of man’s cataclysmic effects on Mother Nature. Fast forward to 2021, KUNYE welcomes music legend and Masters at Work boss Louie Vega, alongside South African, Berlin-based “Afro Futurist” Floyd Lavine to the imprint. Featuring as remixers on Shimza’s lockdown-inspired release, Fight To Love Ft. Maleh, this release serves as the most significant and high-profile release to-date, and continues to push the label’s mission into the eyes and ears of the global scene.