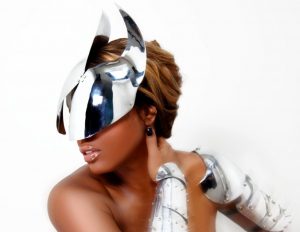 In her two decades of making music, Ultra Naté has remained a musical chameleon, embracing a variety of sounds, from R&B/hip-hop, soul and disco to house, rock and electro-pop.

Twenty years after sashaying onto international dance floors with the club anthem, “It’s Over Now,” Naté stands tall and proud, proving that artist longevity, though not common for singers of dance music, is alive and well—and a real possibility for those willing to work hard for the money.

Working hard for the money also means wearing numerous hats. Sure, Naté is the singer of the song, but she is also a songwriter, producer, DJ, label owner (BluFire and 410 Paradox Underground), club promoter and live performer.

For the B-more-residing Naté, such diversity is a natural extension—or evolution—from one creative aspect of the music scene to another. “I’ve been in this scene for a long time, so it’s easy for me to transition from one area to another rather seamlessly,” she explains. “Sure, I’m still learning some particular dynamics, but that’s the fun part of the process. When you stop learning you’re doomed.”

Consider this: A few years ago, Naté stepped behind the turntables to learn the art of DJing, which paved the way to her monthly Deep Sugar party at Baltimore’s Paradox club, where she is DJ, host and promoter. Now, she is a much sought after artist and DJ on the international dance/electronic/house music circuit. Ultra currently holds a mixshow residency on influential French Radio Station FG for a 5th year straight alongside some of the world’s top jocks such as Bob Sinclar, Alex Gaudino, Fedde Le Grand and David Guetta.

According to Naté, Baltimore keeps her grounded. “The city sometimes has a brash, in-your-face, unpolished quality that can be very refreshing when things start to get too watered down,” she says.

Naté’s schooling in all things music began in the late-’80s. At the time, she was taking pre-med courses in college. When not buried in books, she discovered the local nightclub scene, which is where she met production outfit the Basement Boys. After a night of dancing, Naté went back to the Boys’ studio and, before the sun had a chance to rise, wrote and sang the lyrics for what would become her first single, the now-classic “It’s Over Now.” “It’s Over Now” paved the way for Naté’s debut album, “Blue Notes in the Basement,” which spawned such club hits as “Scandal,” “Is It Love?,” “Deeper Love” and “Rejoicing (I’ll Never Forget).”

Four years later, in 1993, Naté delivered her sophomore album, “One Woman’s Insanity.” Dance music enthusiasts were pleasantly surprised by its R&B undertow, clearly evident on singles like “Joy,” “How Long,” and “Show Me,” which was the artist’s first #1 on Billboard’s Hot Dance Club Play chart.

In 1997, after switching labels, from a major (Warner Bros.) to an independent (Strictly Rhythm), Naté had one of the biggest successes of her career with the worldwide Platinum – selling smash single, “Free.” The anthemic track topped Billboard’s Hot Dance Club Play and Maxi-Singles Sales charts before crossing over to Top-40/dance radio. In England, “Free” became a Top-5 pop hit; in Switzerland and France, it went Top-10; and in Italy and Spain, it scored a bull’s-eye, reaching the pole position of the national pop charts.

“Free” is the little song that could. “It certainly captured a moment in time and has immortalized itself in people’s hearts,” Naté explains. “The lyrics continue to resonate with people around the world. It’s a beautiful thing.” Shortly after the release of “Free”, Top 40 radio saw Ultra along with duet partners Amber and Jocelyn Enriquez storm the charts and clubs with a disco-laced  ’54′ soundtrack rendition of “If You Could Read My Mind.”

In 2001 she released her fourth studio album, “Stranger Than Fiction,” which found Ultra spreading her musical wings (again), working with such producers as D-Infliuence, Arnthor & Bloodshy and Attica Blues as well as collaborating with Nona Hendryx, Lenny Kravitz and N’dea Davenport. Two songs from the album, “Desire” and “Get It Up (The Feeling),” reached #1 on Billboard’s Hot Dance Club Play chart, while the 4-Hero-produced sleeper hit, “Twisted (Got me Goin’ Round),” continues to have a life all its own.

In 2007, Nate’s fifth studio album, “Grime, Silk & Thunder,” arrived via Tommy Boy Records, spawning two #1 club hits: “Give It All You Got” (featuring Chris Willis), a cover of the Pointer Sisters’ “Automatic,” and included Naté’s 2005 collaboration with StoneBridge (“Freak On”). Since day one, Girl has always remained steps ahead of the game, following the beat of her own drum. New interpretations of her early hits “It’s Over Now” and “Scandal”, a Kenny Dope reworking and Morgan Page’s delicious mix of fan favorite “Love’s the Only Drug” were included on Naté’s 2008 collection, “Alchemy: G.S.T. Reloaded.” The two-disc set spotlights remixes of tracks from “Grime, Silk &; Thunder”—as well as Naté’s DJ skills (it is her first official DJ mix).

At the end of the day, and 20 years on, Naté’s maverick style has not changed. It remains intact. She says her creative process, over the years, has not changed either. “I still work in many different ways,” she explains. “I’m very open to trying things differently. Remember: I don’t like boxes.”

When asked if there is one moment from her two decades in music that will be forever embedded in her mind, Naté pauses. Smiling, she says, “It was in 1998 when ‘Free’ had hit its stride. I was performing at an outdoor festival in front of 300,000 people. Midway through the song, I had the sound engineer stop the music so that I could hear the people sing the song a cappella. It was a sea of 600,000 hands in the air, singing a song I wrote—a song that came from my one little self.”

Well, this “one little self” continues to move forward having shared the stage this past year with the likes of Nile Rodgers and CHIC, Johnny Marr (of The Smiths), Grace Jones, Martha Wash, Mark Ronson and Dimitri of Paris all the while releasing several currently smoldering releases. These include the infectious club gem “Planet Called Love” with David Morales (one of three exclusive collaborations from Morales’ acclaimed “Changes” album), the #1 collaboration with Marlon D and The Underground Collective “God’s Message”, plus a brand new solo stormer called “Everybody Loves The Night” which will preview Ultra’s long-awaited full-length, “Hero Worship” due in 2013.

“I want to continue to be in your face,” says Naté.

We wouldn’t want it any other way.